Yay Dylan! He’s walking now most of the time. Sometimes he still falls down and rather than getting back up decides to crawl, but, for the most part, he’s walking.

Of course, I’m both excited AND TERRIFIED… but that’s pretty normal, right? 🙂

Today, I went to get something out of the garage and I put him down. What did he do? He basically ran straight down the driveway to the street.

Oh yeah, did I mention we moved? Well, we did! 🙂 We are in NJ now, about 15 min down the road from where I grew up and where my parents still live.

It only took us 6 months to decide city, apartment life is not for us at this stage of our life after all. At least we will never wonder “what if” now! We are back in suburbia in a good size town home with a driveway and garage and three bedrooms! yay! 🙂

I guess I could also mention why I moved back to Blogger… I just decided that the cost and time to maintain my own host for this site just didn’t seem worth it with the amount of time I actually spend blogging.

I went back to work part-time and between that and chasing Dylan around (he only takes one 2 hour nap in the middle of the day which he has been doing for about a month or two now), working, household chores, and running errands… there isn’t a whole lot of time left over!

I also put Dylan in KinderCare for three half-days a week now that I’m working. I’m working from home, but I wouldn’t get anything done if I didn’t get some alone time during the day, as I’m sure most of you can relate to. I think it’s really good for him socialization and development wise and it’s really good for me sanity wise! 🙂

The only downside is that he and I have been sick constantly for the past month. Although I sort of see that as a good thing too because it means we’re building up our immune systems!

So that’s about it! Here are some fun pictures from hanging out with family (not the newest ones because the camera’s dead, but I’ll post some new ones of him walking soon!) 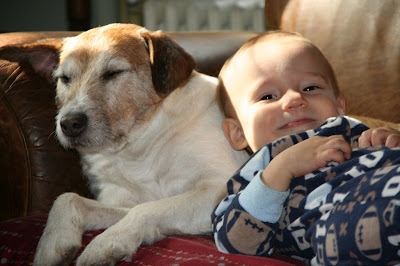 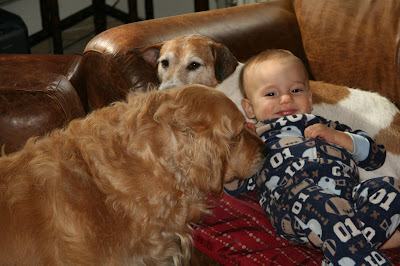 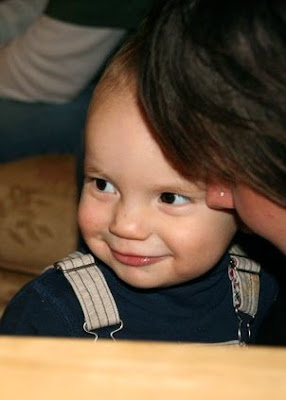 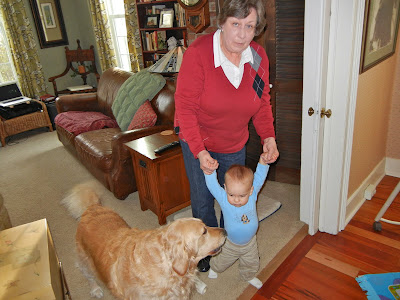 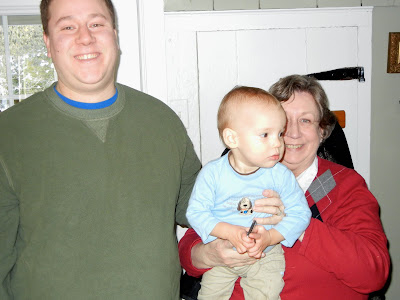 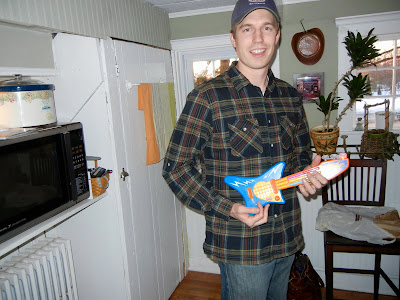 Oh, and Andy and I both had birthdays too… that’s Andy’s birthday present from his brother on the bottom 🙂  He gave Dylan and Andy matching gifts so they could jam out together!

If you enjoyed this post, please consider leaving a comment or subscribing to the RSS feed to have future articles delivered to your feed reader.
0 Shares
« Childbirth – An Awesome Journey
Why I Started Blogging And Where To Go From Here… »